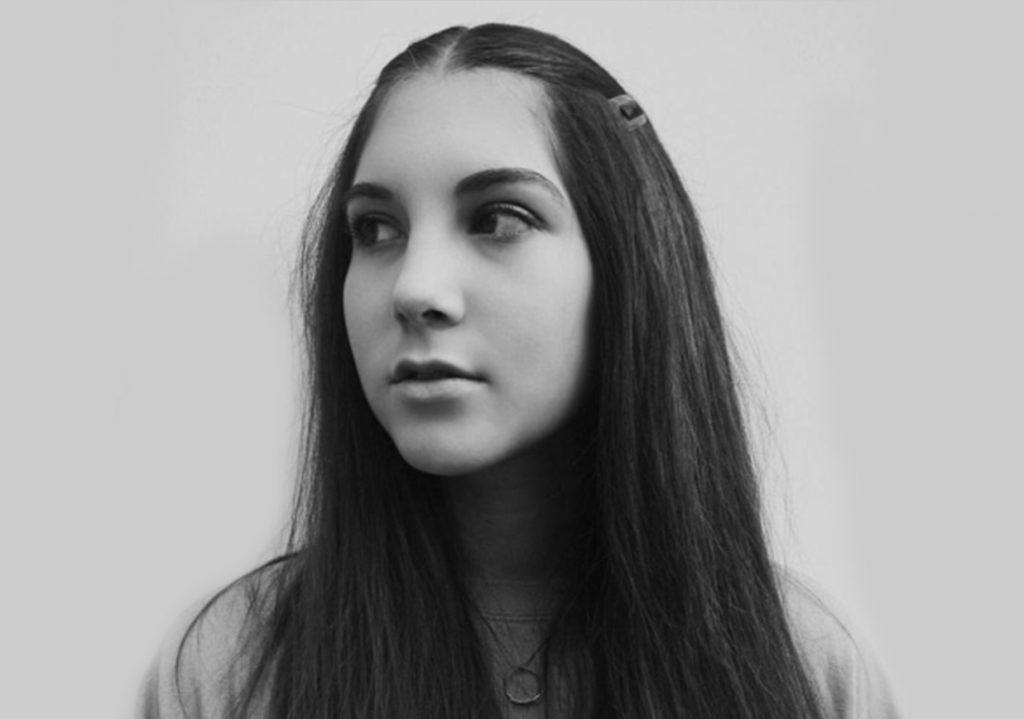 Palisades native Willa is a singer-songwriter who has been singing since she could talk, and writing since she could hold a pencil. She has been working with her singing coach, Rachael Lawrence, twice a week for several years now. Before that she studied piano, guitar and songwriting with other music teachers. Willa will be studying at Berklee College of Music in Boston this summer.  Willa performed a 45 minute set with a professional band at Genghis Cohen in January 2019, and continues to perform at multiple school events. Willa’s dream is to become a professional singer-songwriter. 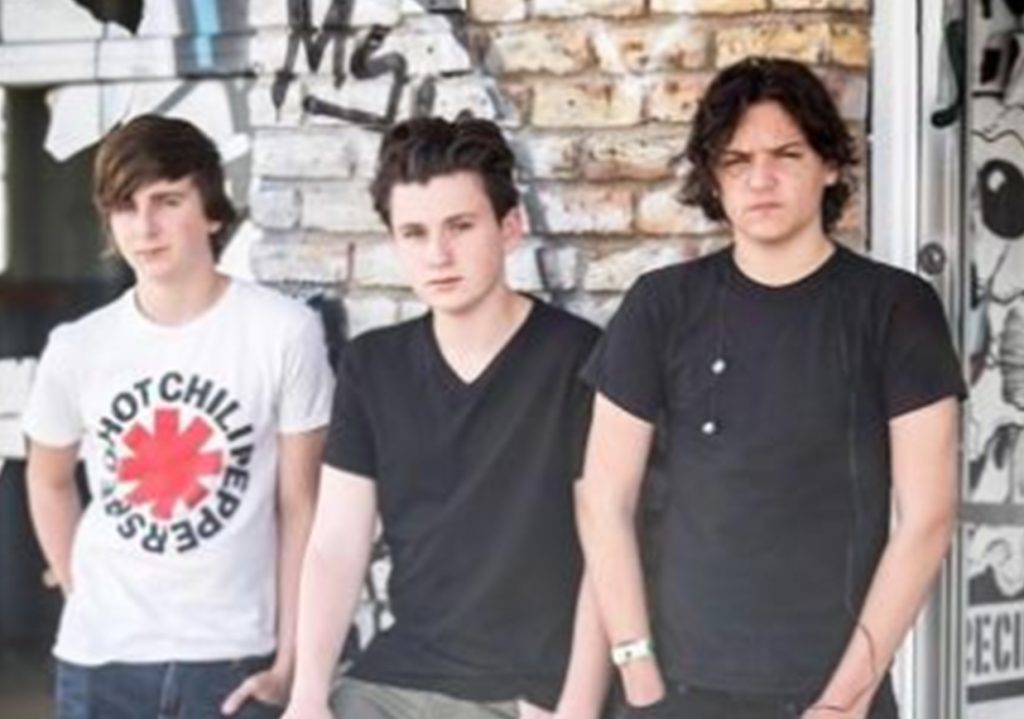 DETOURE is a young Southern California power trio, founded in 2014 by childhood friends Sam Edelman (16, drums) Niko Nicholas (16, vocals, lead guitar), and Jersey Sullivan (15, bass). Nodding to their classic hard rock and 90s grunge ancestors, DETOURE loves to play live and has had the opportunity to do so in some of the most iconic clubs on both coasts, including The Whisky A-Go-Go, The Troubadour, and The Mint in Los Angeles, as well as The Iridium and The Bitter End in New York City. They’ve been honored to open for such legendary bands as Missing Persons and The Alarm, as well as Steven Adler from Guns n’ Roses. These guys play hard-hitting rock n’ roll with a fresh, 21st century sound, and just finished recording their debut EP at The Steakhouse Studio with producer Brent Woods (Sebastian Bach, Vince Neil, Chevy Metal, Foo Fighters). 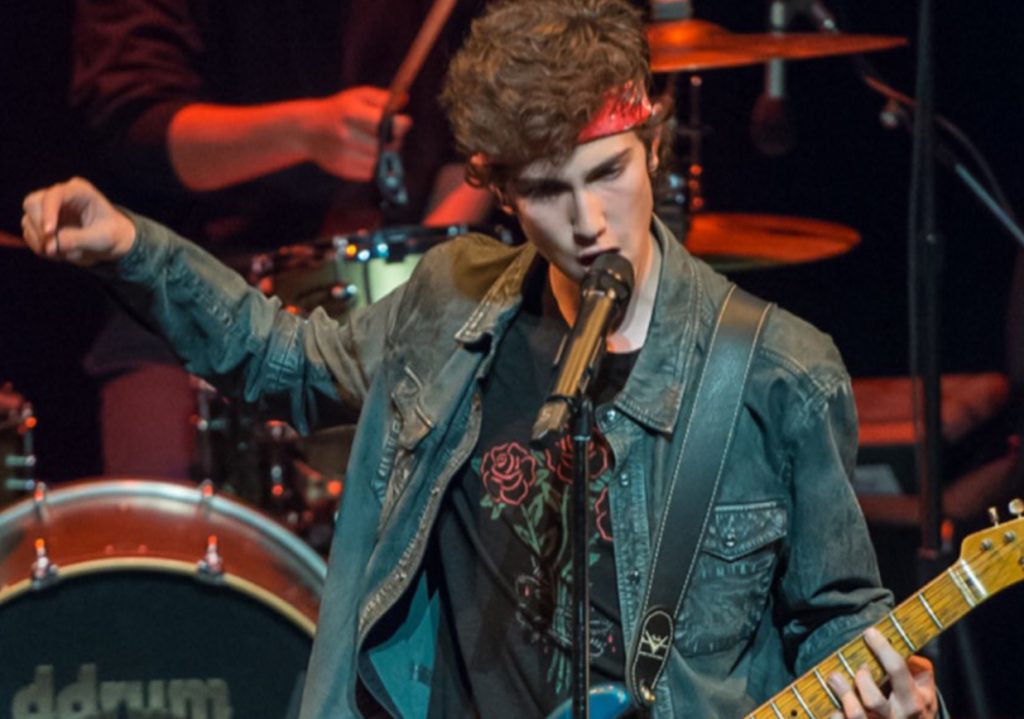 I am a 16 year old from the Pacific Palisades who plays Guitar, Drums and bass and I sing as well. I am the lead singer and guitarist of my band Phat Trick. I write my own originals that are influenced by rock and alternative rock bands such as, Led Zeppelin, the Black Keys, Arctic Monkeys and many more. I’ve been performing for about four years playing venues like the Whisky a go go, the Mint, Genghis Cohen and several other well known venues around LA. I have also played in many fundraisers throughout southern CA. I will start recording my first solo EP soon and I hope to get it out as soon as possible. Come out for The Jacob Winthrop Experience. 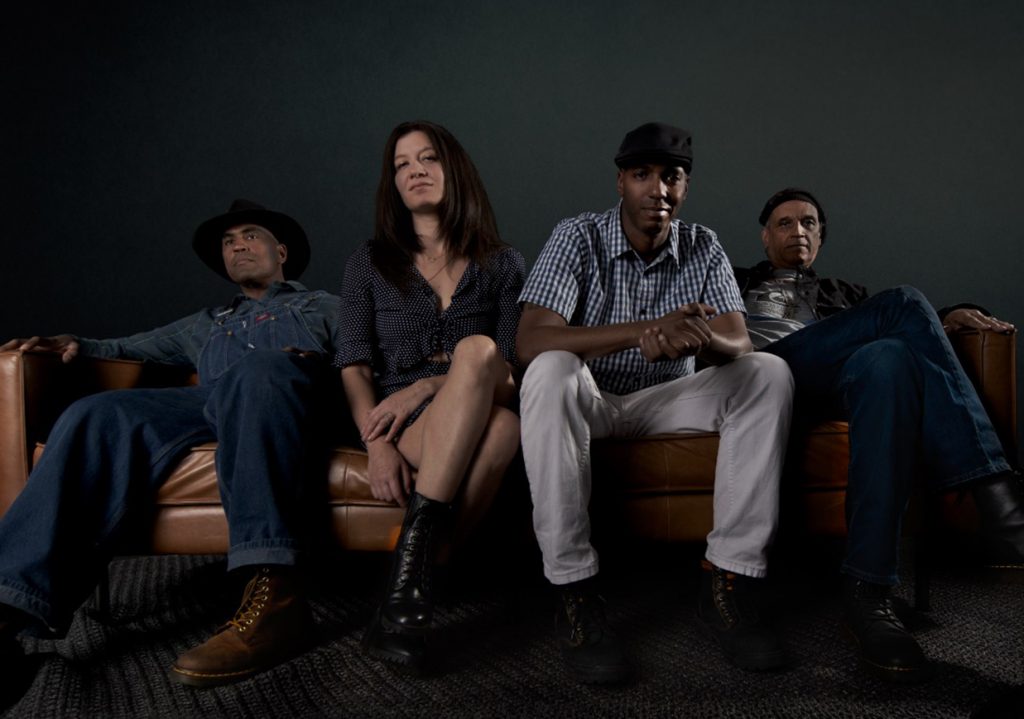 In their first appearance at Palisades Rocks the Fourth, local band Hutchinson will bring fresh takes on popular rock, R&B, and reggae tunes, plus fun and uplifting original music. 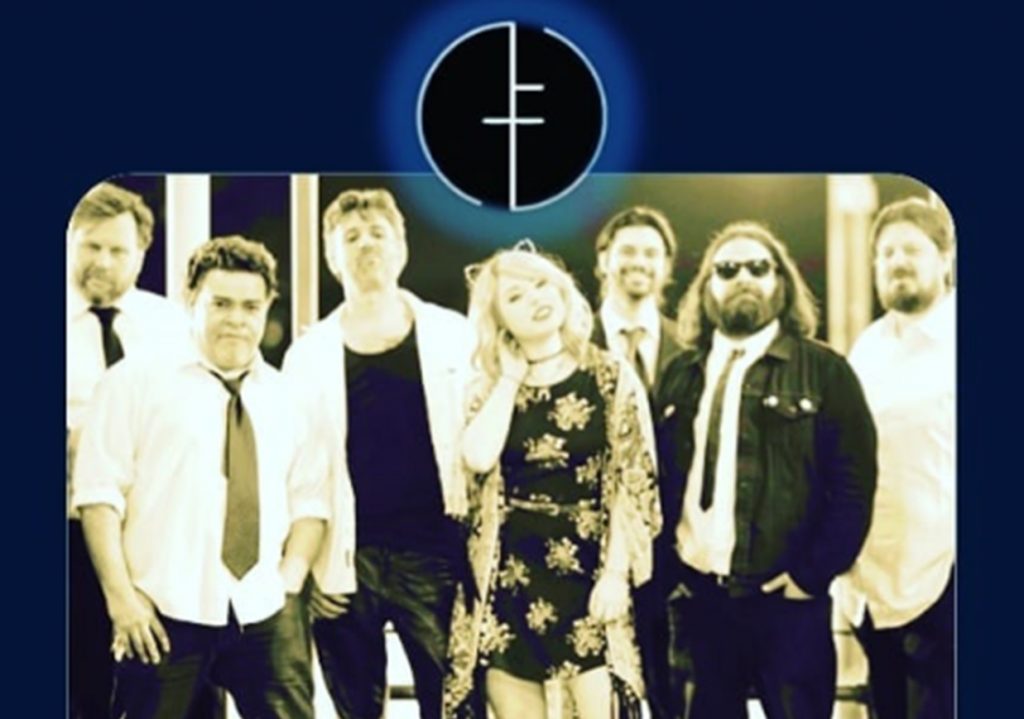 The Freedom Ledges are a captivating Los Angeles based “Dirty Blues and Rock & Roll” collective. Founded by Deacon Ledges and Juan Lozano, featuring powerhouse lead singer Catt Christine, killer percussion and a funky horn section, they play bluesy rock with inflections of jazz, country, punk, funk and gospel, and they have a good time doing it. 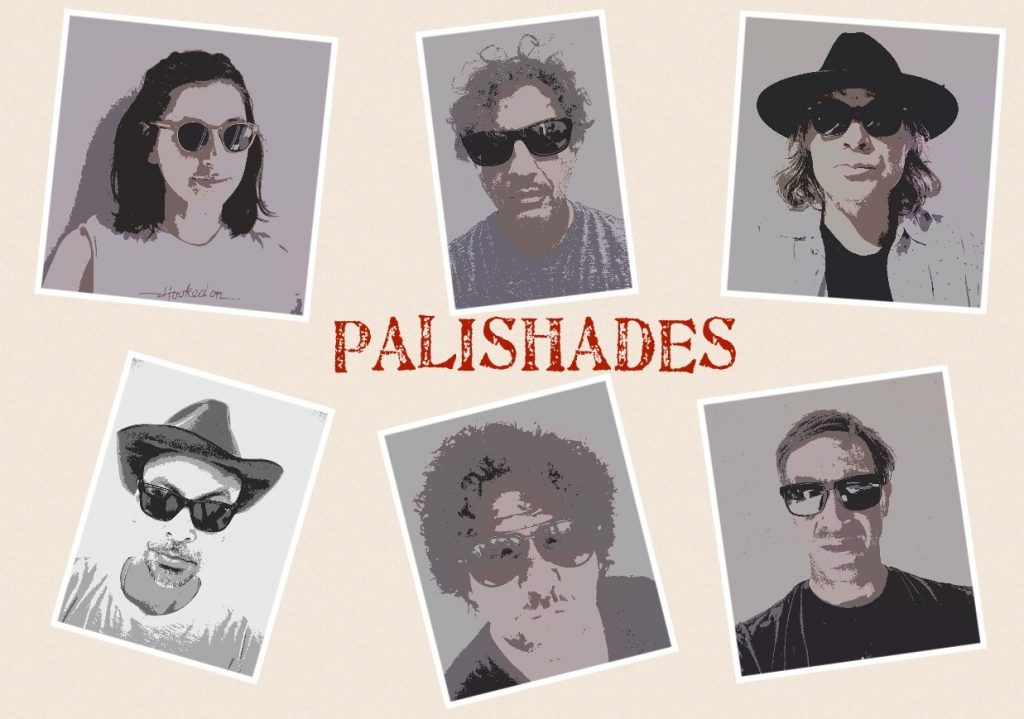 The Vibe: Current popular/fun hits good for dancing singing spliced in with some 80’s and classic rock. Adam Topol is a good friend of Palisades Rocks the 4th.  He put together a great band of top professional musician band and there will be some local sit-ins: Adam Topol Drums, Tom Freund Vocals &Guitar, Ethan Phillips Bass, Emile Millar Vocals & Guitar, Chris Joyner, and Lucy Schwartz Vox 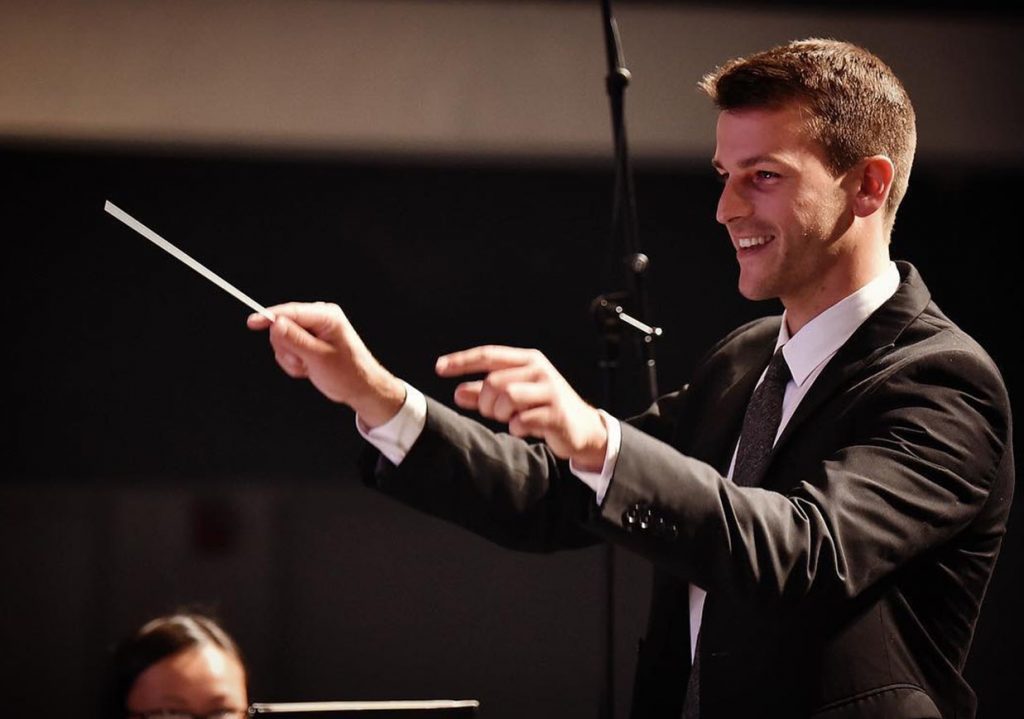 The Palisades Charter HS Concert Band is composed of students from grades 6-12 as well as recent alumni of the program. They will be playing a program of light marches and celebratory music. The band is led by director, Alex Dale, in his final appearance before starting his graduate degree at Northwestern University.

This band is named after a well-known Palisades hike… not a reference to the band’s age. Skull Rock formed for this year’s “Rocks the 4th” to play July 4th inspired classic rock by Bruce Springsteen, Grand Funk Railroad, Tom Petty, Everclear and Steppenwolf.  Skull Rock is Scott Humphrey (guitar/vocals); Shel Cohn (guitar); Julian Brew (bass); “Chili” (drums); Rob Weber (drums).  Each of the musicians has children currently at or who graduated from Palisades Charter High School.  Four of the five band members are attorneys and the other was an attorney before going into finance. Four of the five band members are current or former Pacific Palisades residents. 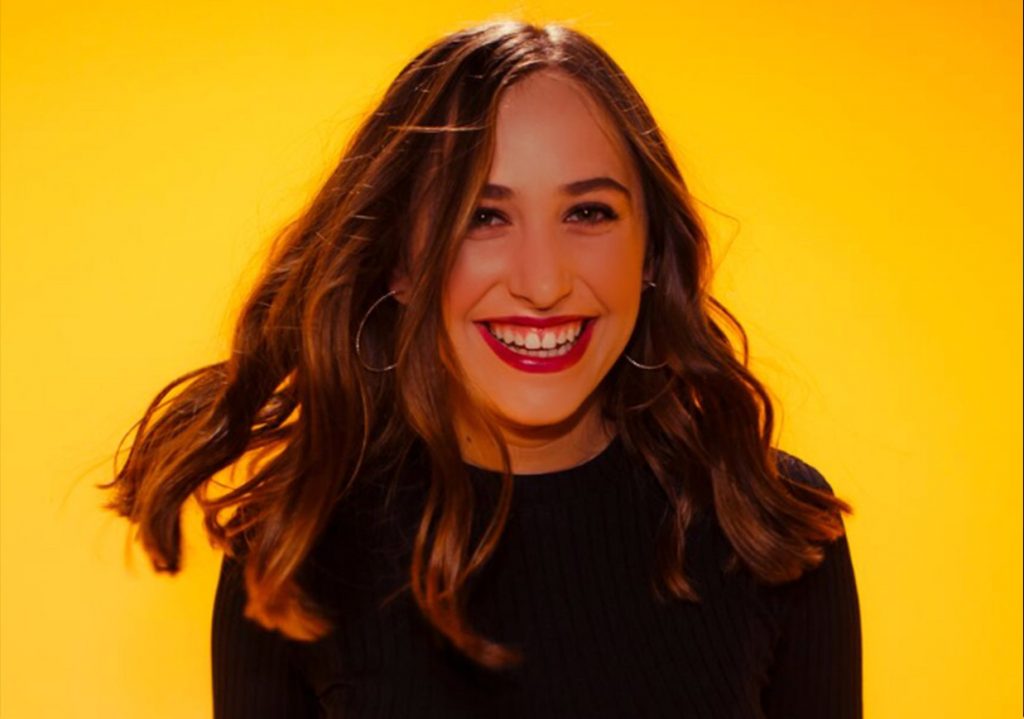 Arielle Martinez Cohen is a singer, songwriter and producer from Pacific Palisades. She will be performing a strong set of pop cover songs along with a four-piece band of top gun musicians. She performed the Festival Stage last year and earned a spot on the Main Stage this year. She just graduated from New West Charter High School (Class Valedictorian), and will be heading off to Brown University in the Fall.